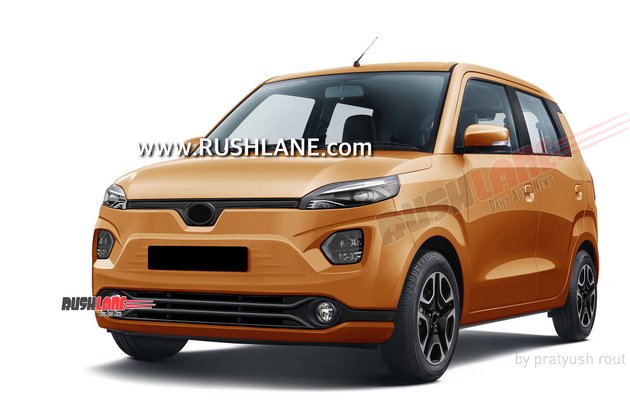 News of a Maruti Suzuki EV coming to India have been in the market for the last few years now. Speculation and spyshots had suggested that the first EV from Maruti would be the Electric WagonR, which was spotted testing in multiple locations across the country.

However, later Maruti had clarified that there were no immediate plans to launch the Wagon R EV. With increasing push and support from the Indian Government, most OEMs in India have started taking their initial steps towards venturing into the Indian 4-wheeler EV market, which is still in its preliminary stage.

Tata, MG Motor, Hyundai and Mahindra already have/have had some kind of EV offering for the Indian market. Maruti, being the largest automaker in the country certainly doesn't want to be left behind.

New report now confirms that Suzuki will be releasing its first all-electric vehicle for the mass markets by FY 2025. The vehicle will be making its debut in India and will be later introduced in the European and Japanese markets. After taking into account the Government subsidies, the EV is expected to be priced around the $13,700 mark, which would roughly translate into INR 10 lakhs.

Maruti WagonR EV which is currently on test in India, comes with updated styling. It receives revised bumpers and side profile. It also gets a new front fascia, sports LED lighting at the front and rear, gets fog lamps and vertically stacked tail lamps. It borrows 15 inch alloy wheel design from the Ignis. Other features also include a high mounted stop lamp, body coloured door handles and black cladding on windows and rear bumper.

Till date, Maruti's dominances in the Indian market has been majorly due to its heavy market share in the small car segment. While models from its NEXA range do command a premium over their Arena counterparts, Maruti is still associated as a budget-friendly car manufacturer.

Venturing into the EV market could be difficult as the entry-level price tag would fall around the INR 10 lakhs+ mark. Also, Maruti would have to ensure that it is able to crack the code on improving the overall range per charge, without compromising on the space and Value For Money quotient.

The Indian Government had set itself a target of ensuring that around 30% of the new cars which are purchased in 2030, are electric. To further push the customer preferences, the Government had rolled out multiple incentives on purchase of EVs, which summed up to INR 100 Billion. The initial plan for the support was for a 3 year period which started in 2019. However, due to a muted response and the ongoing Covid-19 pandemic, the Government decided to extend the incentive policy by additional 2 years.